What you do not experience and are not taught in the classical therapist training!

... cope with everyday life in therapy without self-doubt and burnout

Reserve your place in the seminar!

Become specifically prepared for professional life as a therapist in just a few weeks instead of being overwhelmed and having to cope with everyday life. My offered self-awareness complements the classical therapist training with crucial aspects of personal management.

You will achieve these advantages in our coaching

Are you a therapist or in training and feeling overwhelmed?

Do you want to get through your tasks more professionally? Then you're not alone. Therapist training often suffers from a lack of practical experience and in-depth self-awareness that helps prospective therapists get to know themselves better. Due to deficits in personal training, many therapists start their careers with professional and personal deficits. Many therapists feel completely overwhelmed by the daily tasks and quickly develop self-doubt. Self-confidence decreases with the experience that one's own abilities are not sufficient and that one is confronted daily with the consequences of a lack of training. In the long run, this often leads to burnout in therapists and the need for therapy themselves to get all the problems back under control.

This is exactly where my coaching intervenes. Because we know:

"You can only give what you have and pretend to be like yourself."
Reserve your place in the seminar!

my name is Dr. Zeiß and I help doctors and psychologists in training to become therapists and trained therapists to cope with the emotional challenges. The goal is to achieve a deeper understanding of oneself for better results in therapy with patients and to manage the tasks as a therapist more easily and professionally.

I myself have experienced self-awareness in different methods, including two trauma therapy methods and the self-awareness of the official psychotherapy training. I have noticed in these methods of the general, official training how superficial they often are. This is then reflected in the quality of the therapy and in the therapy results. Many colleagues struggle with so many personal issues that the patient is more of a disturbing factor. Therefore, I offer my knowledge and accumulated experience in a profound self-awareness for my colleagues. 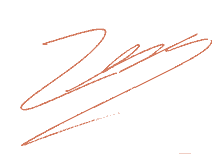 Reflection is the key to the successful Therapists

This reflection away from the superficial mechanisms you will learn in my self-awareness in individual sessions or group sessions. I offer self-awareness and supervision for physicians and psychologists in which you...

Make an appointment!
"I feel so great after our session. I had the belief that "I am a loser" and now that phrase is no longer valid. I feel much lighter inside, and I no longer have the usual doubts about starting things. It is still amazing to me how quickly we find the right subject to be healed. The techniques are so quick, easy, and emotionally painless. I also feel Dr. Zeiss' passion in his work and his love for healing. You get the feeling that he is quite professional in his use of these techniques. I like his composure and calmness. Dr. Zeiß also recognizes my avoidance strategies very well! For me, his work is one of the most valuable healing methods I have found."
- J.S. MD -

A client of mine was a doctor who frequently oversteps his own boundaries. He says of himself that he

In addition, he is plagued by many negative emotions. He is very exhausted from night duty because he feels very exploited. In therapy, he is too direct and lets his feelings out, experiencing himself as little professional.

Nevertheless, he enjoys his job a lot, although he feels on the verge of burnout and has even been sick to get some distance from work. He sometimes feels listless and has problems with his family, and also receives negative feedback from colleagues.

Reserve your place in the seminar!

This is how the self-awareness with me works

The seminar takes place online. This makes you very flexible and allows you to plan your self-awareness exactly as your work and circumstances allow. This is the schedule for the self-awareness:

Notes
The self-awareness offered here is

This website uses cookies to improve your experience while you navigate through the website. Out of these, the cookies that are categorized as necessary are stored on your browser as they are essential for the working of basic functionalities of the website. We also use third-party cookies that help us analyze and understand how you use this website. These cookies will be stored in your browser only with your consent. You also have the option to opt-out of these cookies. But opting out of some of these cookies may affect your browsing experience.
Necessary Always Enabled
Necessary cookies are absolutely essential for the website to function properly. These cookies ensure basic functionalities and security features of the website, anonymously.
Functional
Functional cookies help to perform certain functionalities like sharing the content of the website on social media platforms, collect feedbacks, and other third-party features.
Performance
Performance cookies are used to understand and analyze the key performance indexes of the website which helps in delivering a better user experience for the visitors.
Analytics
Analytical cookies are used to understand how visitors interact with the website. These cookies help provide information on metrics the number of visitors, bounce rate, traffic source, etc..
Advertisement
Advertisement cookies are used to provide visitors with relevant ads and marketing campaigns. These cookies track visitors across websites and collect information to provide customized ads.
Others
Other uncategorized cookies are those that are being analyzed and have not been classified into a category as yet.
SAVE & ACCEPT
Powered by